Falco can detect and alert on any behavior that involves making Linux system calls. Falco alerts are triggered based on specific system calls, arguments, and properties of the calling process. Falco operates at the user space and kernel space. The system calls are interpreted by the Falco kernel module. The syscalls are then analyzed using the libraries in the userspace. The events are then filtered using a rules engine where the Falco rules are configured. Suspicious events are then alerted to outputs that are configured as Syslog, files, Standard Output, and others. 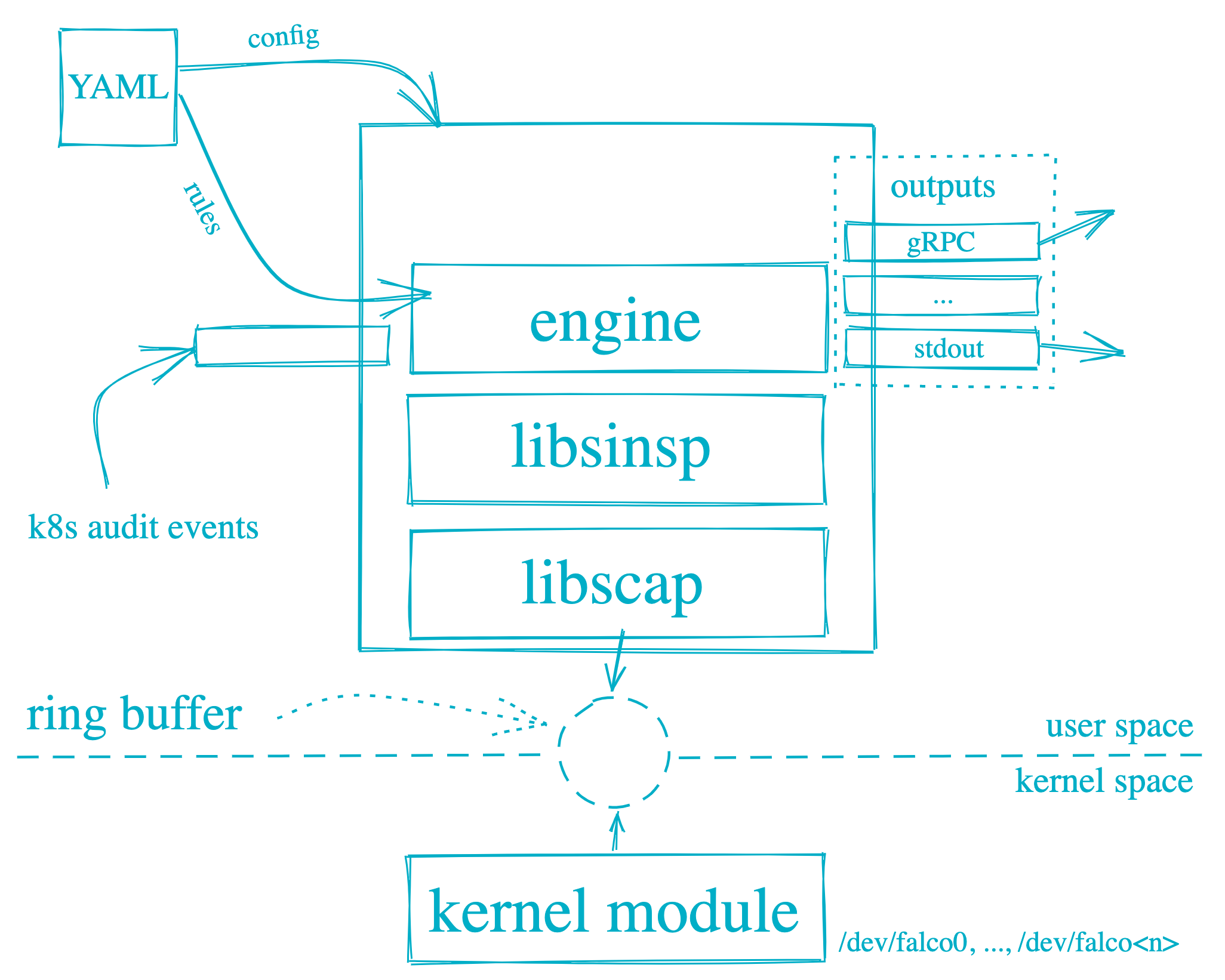 Currently, you can deploy Falco by:

Setting up Falco on a Linux system

Upgrading Falco on a Linux system

Installing Falco on a Cluster

Build Falco or its libraries yourself from the source code

Was this page helpful?

Glad to hear it! Please tell us how we can improve.

Sorry to hear that. Please tell us how we can improve.