Even though there's the lockdown, Falco 0.21.0 decided to go out! Such a bad guy!

Notably, this is the first release that happens with the new build & release process. 🚀

In case you just want Falco 0.21.0, you can find its packages at the following repositories:

Instructions to install using them are already updated on the Falco website:

Instead, for people preferring docker images... 🐳

Release #100 of Falco comes with some notable changes.

During past weeks, I worked together with Lorenzo to put in place a completely new and automated release process for Falco.

When one of these two conditions happen:

March 2021 update: All packages are now published to download.falco.org.

Thanks to Lorenzo contribution (PR 1050), to make Falco use the eBPF probe as a driver you need to specify an environment variable named FALCO_BPF_PROBE, not SYSDIG_BPF_PROBE anymore.

In PR 1086, I completed the process of creating the Falco version as SemVer 2.0 compliant version strings, from the git index.

This PR introduces the pre-release part into Falco versions.

Thanks to Khaize work in PR 1061 users will not be hit from a tedious amount of alerts about hypothetical mining tools.

From now on, this rule is disabled by default.

Also, if it is enabled by you, it will ignore localhost and RFC1918 addresses.

You can read the full changelog here!

19 PRs merged in, 12 of which containing changes targeting end-users.

Stay tuned for the upcoming drivers build grid which, using driverkit - a quarantine project by me and Lorenzo - will pre-build and release (in the open too!) the Falco kernel modules and the Falco eBPF probes for a set of predefined target systems and kernel releases. 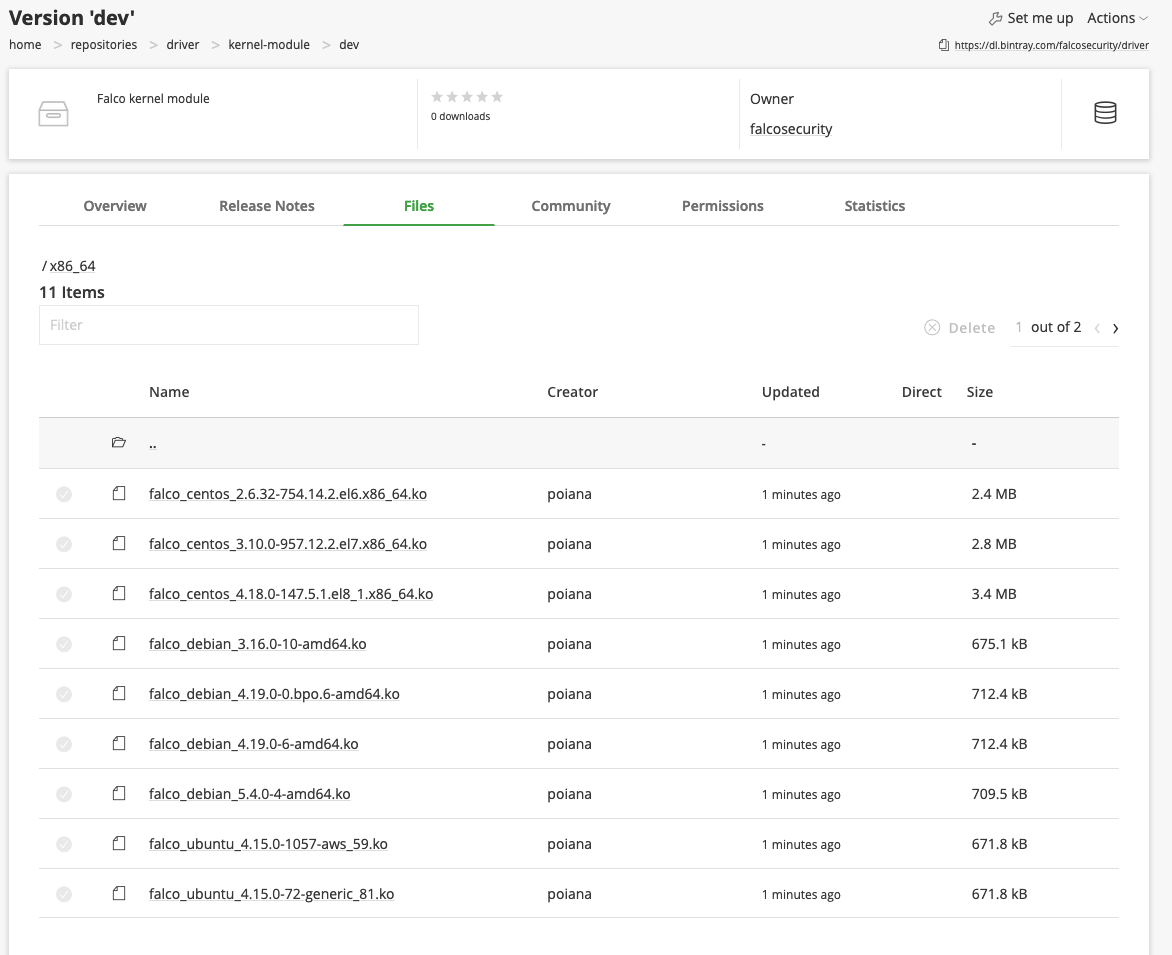