We're pleased to announce the release of Falco 0.20.0, our second release of 2020! Falco 0.20.0 consists of a major bug fix, a new feature, two minor bug fixes, and seven rules changes.

A total of eight people contributed to this release with a total of thirteen Pull Requests merged in!

Everyone is encouraged to update Falco now, especially if you are running Falco 0.18.0 or Falco 0.19.0 and are using Kubernete Audit Events.

The full changelog can be found here.

Upgrading is particularly important because the versions above are subject to a memory leak that has been reported by many users both on GitHub and Slack.

In particular, the reports had situations like this one: 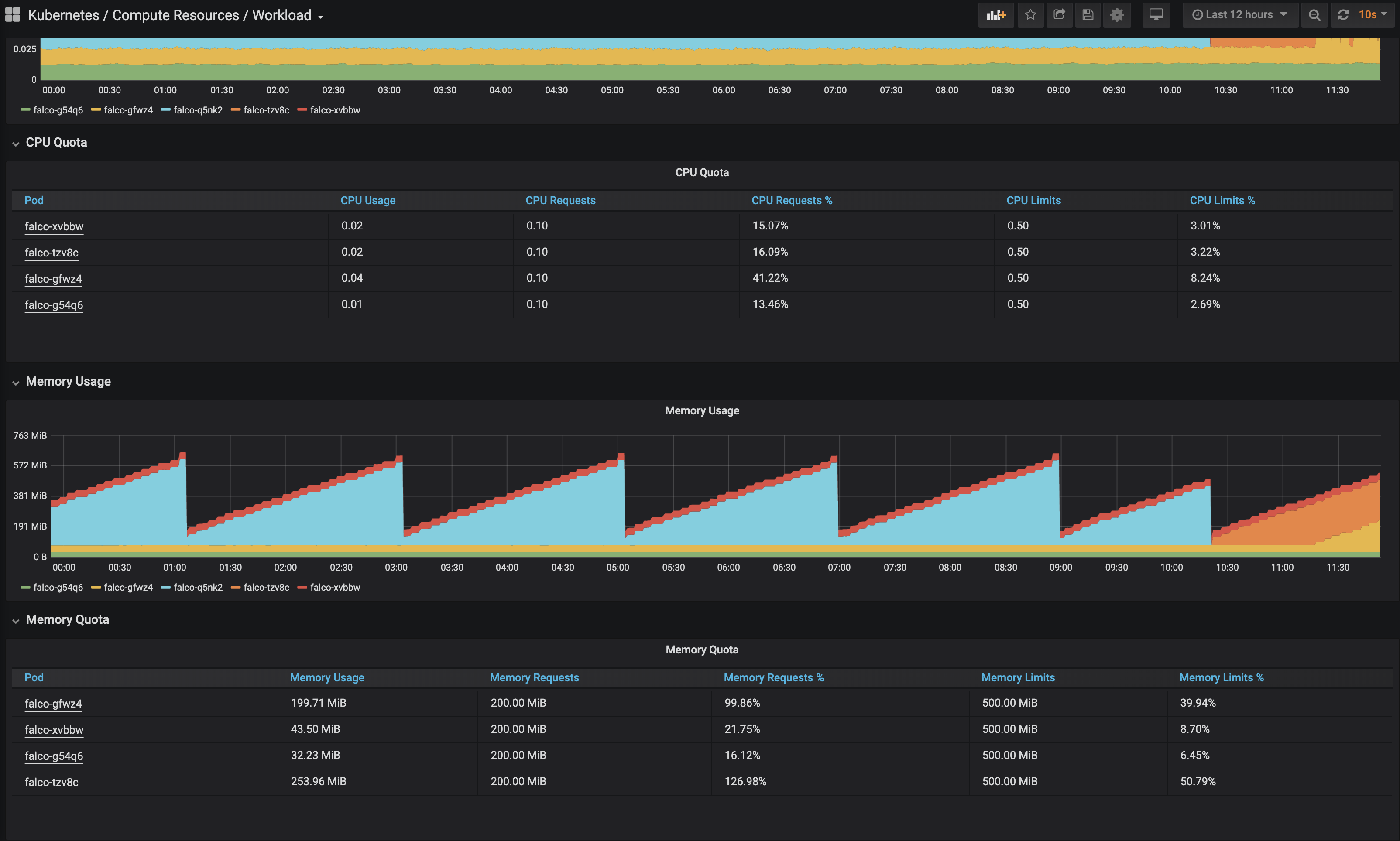 You can see how Falco was OOM killed by the cluster after increased memory usage due to this bug.

After some analysis, we noticed the leak was due to some misconfiguration in how we handled a parameter in the JSON events filters.

The analysis was done by analyzing the Valgrind Massif tool and using massif-visualizer it was immediately clear that a leak was going on.

For those interested, you can check this yourself by executing Falco with massif, in this way:

Many users requested to be able to check the Falco version while using the Outputs API.

In Falco 0.20.0 there's a new API called Version API that you can use to gather various information about the version of the running Falco.

When using the Falco Go Client you can retrieve the version in this way:

Here there's a full example you can checkout and run.